The Coding Board Game

The galactIQ Coding Board Game will help you teach a few fundamental programming concepts to your students.
PLAY THE GAME NOW!

Play it in class!

You can access our free demo and play with the Coding Board Game in your class right away! You just need to download and print the board game and the coding blocks... that's all!

Take a look at the demo to understand what you are going to do during the lesson, you don't need any prior experience with coding at all (as with all our curriculum). galactIQ is a plug and play education system. Are you ready? Click on the buttons below and start playing with your students.

HOW DO YOU PLAY?

It's easy, you have to make two teams per board game, each team will control one robot (watch the video above 👆):

THE CHASER
This robot has to intercept 'the hacker'.

THE HACKER
This robot has to escape from 'the chaser'.

Do you want to print the Board again? have you lost some of the coding blocks? Use the buttons below to open the pdfs on your browser and print them again.

THE BOARD CODE CARD

WHAT WILL YOUR STUDENTS LEARN?

🎮 The galactIQ Coding Board Game is very special, it works just like a computer! By playing with it you will learn many programming concepts: 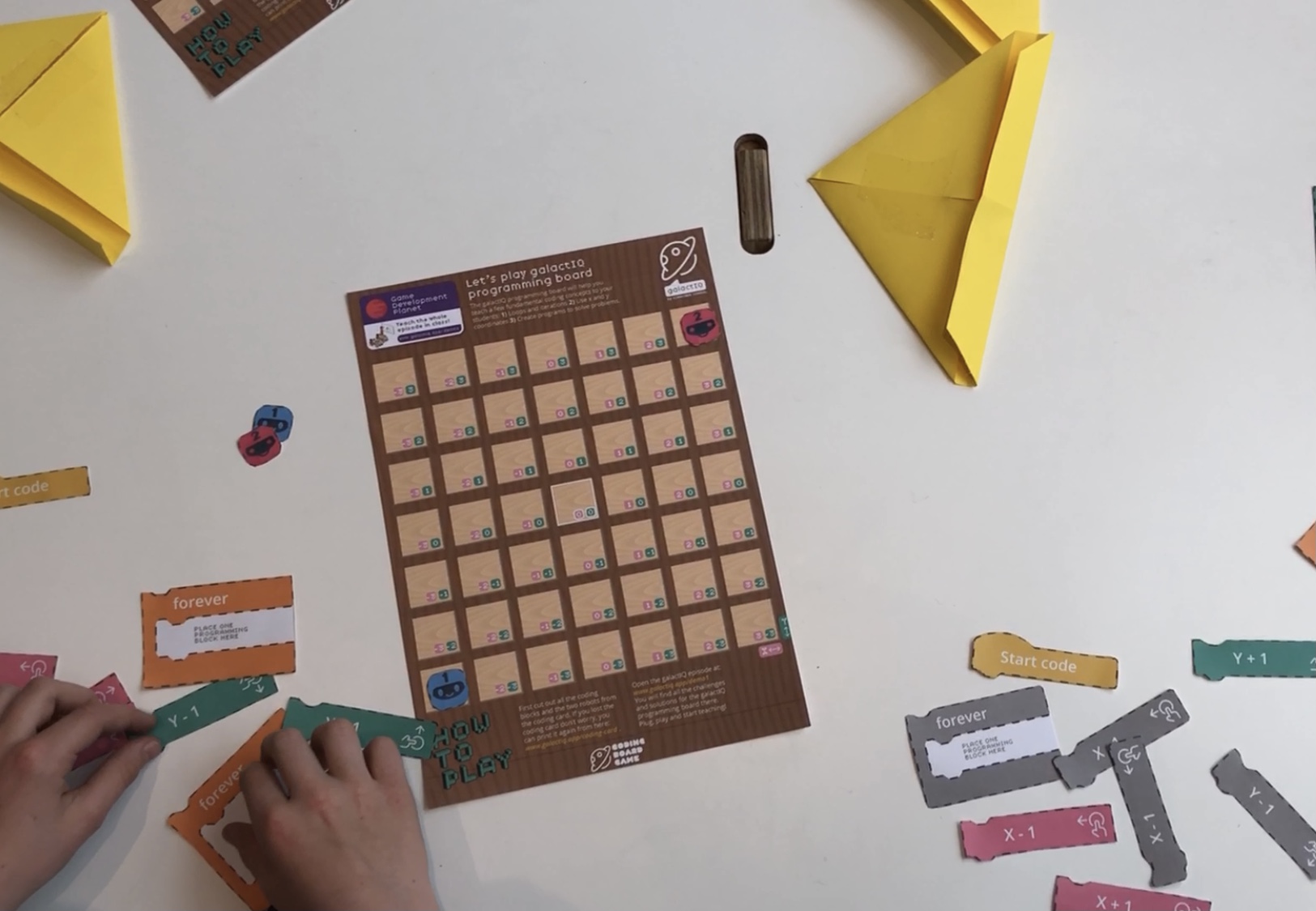